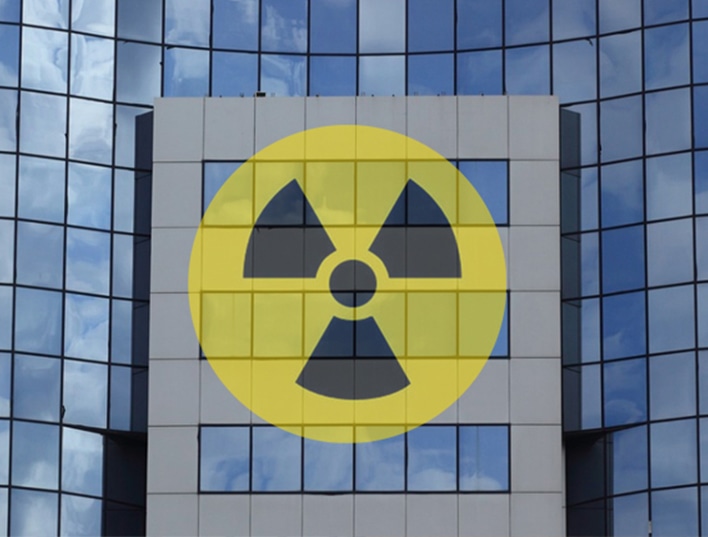 Radon gas is a naturally occurring radioactive gas that can enter buildings. It is currently the second most predominant cause of lung cancer after tobacco.

Radon gas: invisible and lethal. What is it and how to prevent it?

Radon gas is a naturally occurring radioactive gas that can enter buildings. It is currently the second most predominant cause of lung cancer after tobacco. It’s colorless, tasteless and has no smell, and is produced from the natural radioactive decay of uranium, present in many types of soils and rocks.

How is radon gas measured in a building?

Becquerels (Bq) is the measurement of radioactivity. A becquerel corresponds to the transformation or decay of 1 atomic nucleus per second. In the air, radon concentration is measured by the number of transformations per second in one cubic meter of air (Bq/m3).

The national annual average reference level, set out by WHO in its “WHO Handbook on Indoor Radon: A Public Health Perspective”, is 100 Bq/m3. If this level cannot be reached due to country-specific conditions, the level should not exceed 300 Bq/m3.

Radon measuring devices are divided between passive and active detectors, with an uncertainty range of between 8% and 25%, depending on the type of device. The most common devices are usually passive, logically cheaper than active ones, and incorporate trace sensors for alpha particles, or ion electret chambers, to measure radon concentration.

As the concentration of the gas in indoor air can increase significantly in the short term (hours), is recommended to take long-term measurements (for example, 3 months). If the building has a ventilation or HVAC system, it is convenient to take measurements with the system on and off, in both cases for a long period time.

There are low-cost types of equipment such as the RadonEye RD200, or Airthings Wave, shown in Figure 2 and Figure 3.

In 2019, and for the first time, Spanish building regulations established the scope and requirement of radon gas with a reference level for the average annual radon concentration inside habitable premises of 300 Bq/m3 (triple of what is recommended by the WHO).

Applicable to all new buildings, extensions, changes of use, or refurbishment of existing buildings, the regulations require the following measures, according to the risk area:

The radon gas map of Spain according to the HS6 level 1 and 2 classification is shown in Figure 4.

How does radon gas enter a building and how to avoid it?

Radon enters a building through the fissures and openings in the envelope, especially in parts of the building in contact with the ground (slabs, basement walls, etc.), where the concentration of the gas is generally higher on the floors above (ground and first floor, etc). This is accentuated in the building during the heating period, where warm air rises, and the stack effect creates air infiltration of air on the lower floors (and exfiltration on the upper floors).

Radon gas entry is reduced and/or eliminated by a gas-resistant membranes, with a diffusion coefficient against radon less than 10-11 m2/s. An example is shown in Figure 5. The barrier must be continuous, taped and sealed at all joints and service penetrations. It is advisable to conduct a Blower Door test during the construction phase to detect leaks and repair them.

In Level 1 areas, as an alternative, it is possible to build a ventilated crawl space between the living areas and the ground, although it is a less safe solution than a radon barrier.

In Level 2 areas, the radon barrier is essential, along with a ventilated crawl space or a ground depressurization system.

The ground depressurization system consists of installing a network of perforated intake ducts, with mechanical extractors that conduct the air to the outside, above the building. This system has the same drawbacks as the ventilated crawl space and depends on a mechanical system.

Although few epidemiological studies have been conducted on the possible link between radon gas in drinking water and the incidence of stomach cancer, a study by Kyle P Messier and Marc L Serre of the University of North Carolina, USA indicates that increases the risk of stomach cancer. Therefore, water becomes a double entry route, by ingestion of contaminated water or by breathing radon gas evaporated from drinking water. Under normal circumstances, the amount of radon inhaled when breathing is greater than that ingested when drinking.

Radon in drinking water can be reduced and/or eliminated by employing granular activated carbon filters, but the filter itself can accumulate radioactivity and should be located outside the thermal envelope (in a garage, for example), taking care of its treatment as toxic waste at the end of its useful life.

Barry Mc Carron, Xianhai Meng, and Shane Colclough conducted a radon gas measurement study on 122 homes in Ireland, 97 Passivhaus-certified homes, and 25 conventional homes (reference). The results can be seen in Figure 6. The average level of radon gas inside the Passivhaus dwellings was below 40 Bq/m3, both on the ground and first floors. However, in conventional homes, the average level was 104 Bq/m3 on the lower floor, and 69 Bq/m3 on the first floor.

The differences clearly show the effectiveness of airtight construction to prevent the entry of radon gas: one of the requirements of the Passivhaus certification is to have a level of air infiltrations n50 ≤ 0.60, verified by an air-tightness test.

But not only this, Passivhaus homes have a mechanical ventilation system with heat recovery, which constantly renews the air, eliminating stale and polluted air, and introducing fresh and filtered air. This can be seen in the graph in Figure 7, where Professor Walter Reinhold Uhlig of the HTW University of Dresden, measured radon gas in a Passivhaus dwelling with a mechanical ventilation system on and off. With the ventilation turned off, in certain rooms the radon level increased to 350 Bq/m3, having remained below 100 Bq/n3 with the ventilation working.

Considering how lethal it is, radon gas has- surprisingly- gone unnoticed among many professionals in the sector, public administrations, and health professionals. Thanks to increased awareness and the update of the Spanish building regulations, it’s an issue we clearly can’t ignore: we need to prevent radon from entering our buildings, and ensure correct ventilation! The empirical results shown above indicate that an air or radon gas barrier, together with a mechanical ventilation system, is a highly effective combination to reduce the entry of radon gas into a building and thus protect the health of users.