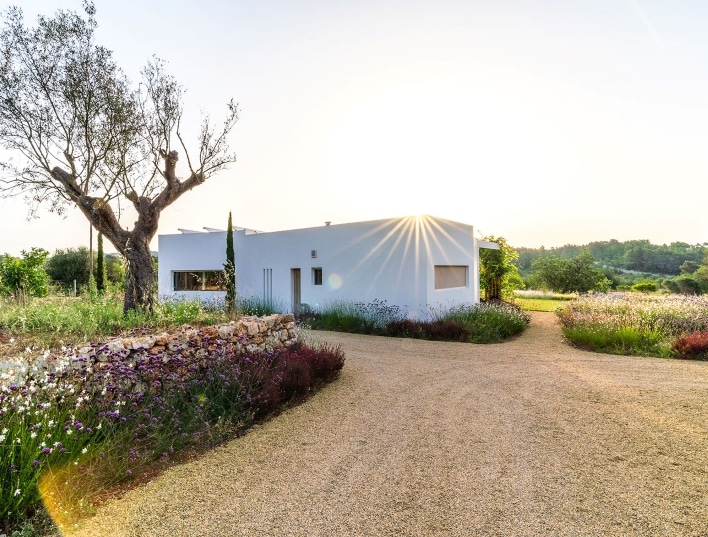 Lessons learned during the design and construction of Passivhaus buildings over the past 10 years in Spain, identifying the importance of the heat loss form factor, along with successes and pitfalls related to thermal insulation, windows, airtightness, ventilation and active systems.

The Heat Loss Form Factor: Keep it boxy but beautiful!

The compacity of a building has a large influence on energy performance, measured by the form factor, which is the ratio between the thermal envelope and Treated Floor Area (Athermal envelope [m2] ÷ TFA [m2]). The greater the form factor, the greater the exposed heat loss area of the envelope per m2 of TFA, requiring higher levels of thermal protection to achieve the same level of energy efficiency. To illustrate the fact, PHPP modelling results from a range of Passivhaus Classic buildings have been analysed, for varying typologies (single-family, multi-residential, offices and nursing homes) across different Spanish climates. The Form Factor has been compared with two parameters: insulation thickness, using an equivalent thermal conductivity of 0.040 W/m·K (Figure 1) and average Uwindow thermal transmittance (Figure 2).

As expected, the results show a clear correlation: the higher the form factor, the greater the insulation thickness required, and the lower the Uwindow. The results also indicate that other factors also play a part, such as orientation, solar gain, thermal bridges and- to a lesser extent- thermal inertia.

In timber construction, OSB boards are often used as the airtight layer and vapour retarder. Research by the Passivhaus Institut [Peper 2014] shows a wide range of air permeability between different manufacturers of OSB boards, with 22mm OSB 4 generally showing best airtightness. Table 1 shows Blower Door results in which different grades and thicknesses of OSB were used:

The sample is very small, but the results suggest that 18 mm OSB 3 is sufficient to achieve an airtightness of n50 ≤ 0.6/h, as long as all joints and connections are well sealed. Taping a plastic sheet to a 1m2 area of the OSB board (not across joints), prior to the depressurization test, can provide a simple and visual means of assessing the air permeability of an OSB board.

Sliding windows are a standard feature in Mediterranean Spanish homes, which can present challenges in terms of airtightness. Lift and slide windows can now achieve Class 4 air permeability, making them suitable for Passivhaus buildings. However, Blower Door test results with three sliding panes have shown to be problematic (Table 2), with the best results achieved at least one fixed pane. If there are several sliding panes, best results were found with the fixed pane in the centre position.

Table 2: Results of the Blower Door test of 3 buildings with sliding window frames.

Heating, cooling, and ventilation, better not together

The experience of using the ventilation system for heating and cooling, whereby a water-fed heating/cooling coil heats or cools ventilation supply air, has been shown to be problematic, above all during summer heat waves, in humid Mediterranean climates in urban settings. Conditioning outdoor air, rather than recirculating indoor air, means that the increase in heating and cooling power is far from linear as flow rates are increased. Also, flow rates are generally small, further limiting heating/cooling power. Despite thermal insulation sleeves on supply air ventilation ducts, long duct runs have been shown to incur large heat losses in heating mode, and large heat gains in cooling mode, meaning that valve supply temperatures at the end of the duct run are often much lower than those used in the calculations during the design phase.